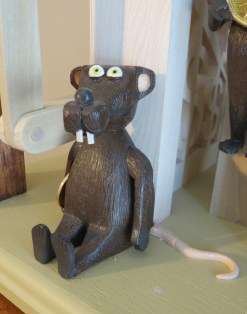 "Jimmy Cash", the Rat Co. CFO, has a reputation for sitting down on the job. As the eldest on the crew the others cut him a little slack in this regard because no one can cook the books like Jimmy. He joined the organization from the upper west side when he felt it best to leave when a paraffin plant began being built in the neighbourhood. He's been with Rat Co. for 24 years.  He is not tech savvy but his daughter created a Facebook profile for him that identifies him as nocturnal, sneaky, wily, and disreputable.  His favourite meal is ravioli from the alley behind Mama Martino's. 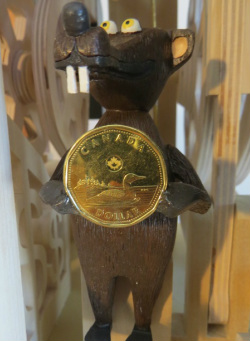 Meatball isn't home much. As company spokesperson when not at work, he is often about the neighbourhood talking to community groups, developers and investment groups. He loves to talk. He is chair of the local toastmaster club. If you ask him the time, he will tell you how to build a watch!  Regardless, lots of folks suck up to Meatball because he recommends to the CEO who will should get the cash. His wine and dine lifestyle has lead to a social drinking problem and a propensity to drug use. HIs buddies tell him he should consider running for mayor next year. 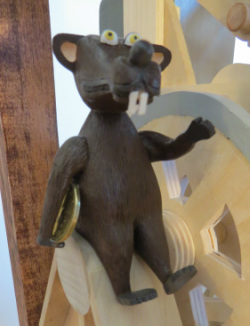 Squeaky is the most irresponsible of the employees. He prefers swimming through the sewers and scaring old ladies over performing his duties at Rat Co. His work attendance is spotty. He is a little suspicious of this fellow workers since "being ratted" out by a fellow employee over  his  use of company computers to view inappropriate websites. He has been seen on several occasions with Meatball's wife but he claims they are just casual friends.  It is been said that Squeaky has fathered more offspring than the number of garbage cans in the city. 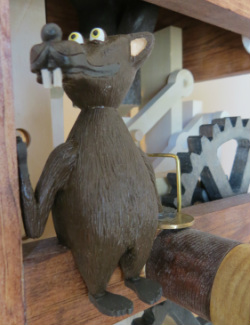 Lumpy got his name from his time spent in the local rat miliata in the trap disposal squad disarming rat traps. He wasn't very good at it and his hands show it - hence his nickname. Lumpy spent most of his youth in the downtown subway tunnels where he learned an early respect for electricity. While there he did learn how to be a credible Elvis impersonator, and still performs at local birthday parties. He loves music and goes ballroom dancing with his lovely wife Eva on Wednesday evenings. His favourite piece of music is "Three Blind Mice". His favourite movie; Pulp Fiction. 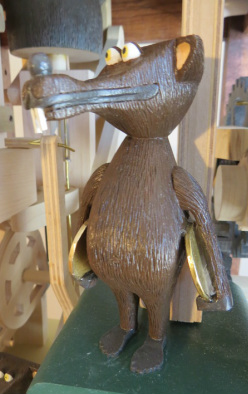 "Knuckles" is chief of security. No one messes with him.  Large dogs will cross the road when they see him coming. He emigrated from up-river on a grain barge and having met Jimmy shortly afterward signing on with Rat Co. A former WRF (World Rat Federation) wrestler he retains an ardent following and many still collect in vacant lots on Saturday nights to watch him brutalize any challengers. Few dare to talk about his time in the hands of an city exterminator publicly. It is not clear whether poison or steroids are the cause of his constant mumbling and fussy thinking!